​Why is everyone so scared of North Korea?  Didn’t we learn anything from the Civil War? It’s the South that’s dangerous.  We need to pay a little less attention to the Kim Jongs and a little more attention to the Sam Sungs.

Reasons to be fearful:
Kimchi Hipster Cleansing — Fermented cabbage that’s been buried underground, are you kidding me?  No one thinks that sounds good.  Supposedly it’s the national dish of South Korea but I don’t buy it.  My guess is that it’s actually poison that the South Koreans have been tricking American hipsters and foodies and hipster-foodies into eating.  I assume that every inhabitant of Williamsburg and Wicker Park will be dead within a year. 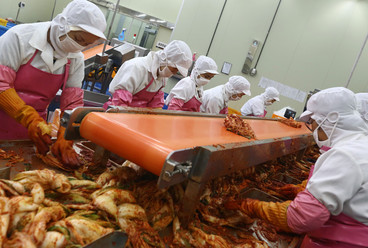 Check out these kimchi manufacturers. They're dressed like they're mixing sarin gas with small pox.
It Starts With Netflix — Netflix is an American staple that traces its roots all the way back to the early 2000’s.  I would say it’s slightly more American than baseball, slightly less American than crystal meth.  Remember the Alamo? No, but I do remember the first time I got one of those red envelopes in the mail.  It was awesome, and now the South Koreans are trying to take that nostalgic moment of Americana away from me by taking over Netflix with their K-pop drama and its exaggerated emotions and random musical interludes.  Be wary America, first they came for our Netflix and I did not speak out because I was not a Netflix… 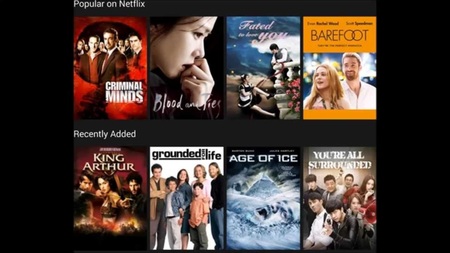 Why are these K-Pop dramas mixed in with my procedural crime shows and mediocre sitcoms? Unacceptable.
​No Breakfast Food = Irrational Hangriness = End Of The World — South Koreans don’t have any breakfast food, this means that they never break their fasts, which means they’re hungry all the time.  This is extremely dangerous.  As evidenced by Snickers commercials, hangry people are horrible, and since South Korea is basically an entire country of hangry people, I have to imagine that, collectively, they will be super horrible.  Who knows what ill-advised aggressions might result from their nationwide low blood sugar.  They’ll probably shoot some missiles at us. 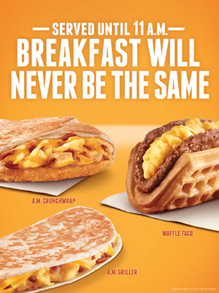 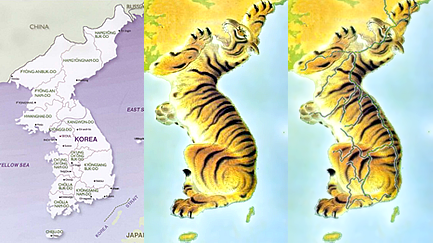 Look, they designed their entire goddamn country to look like a cat.
Gangnam Style — Remember that song Gangnam Style?  Why the fuck was that popular? How the fuck was that popular? It was probably some sort of operant conditioning imposed upon the world by the crafty South Koreans.  I don’t know which of my behaviors was altered as a result of repeated exposure to that song, but I suspect it was one of my favorite behaviors. 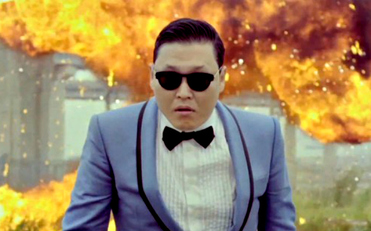 The Gangnam style guy just blew up an apple pie/American flag factory.
First Hand Observations Do Not Bode Well— B. McGee, the wife of the creator of this website, C. McGee, was born in South Korea.  Whenever I am over at their house I keep my eyes peeled for suspicious behavior.  I have noted that she fills up the dishwasher the wrong way, sneezes more loudly then she needs to, and likes Agatha Christie more than anyone should like Agatha Christie.  I’m not sure what to make of such behavior, but I do know that it can’t be good.  Maybe she is using weird dishwasher loading techniques in order to undermine our American social norms; maybe she sneezes crazy loud in order to signal South Korean sleeper cells; maybe Poirot mysteries contain encrypted nuclear launch codes; maybe all of these things; maybe none of them… No, that’s crazy.  It’s definitely all of them.  She’s definitely a spy. 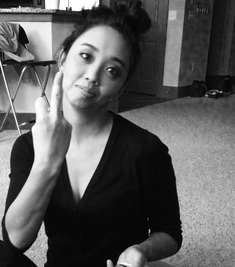 This is B. McGee. She clearly knows that I’m onto her.