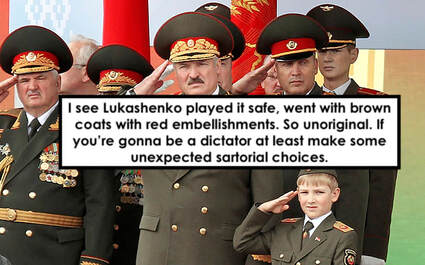 The President of Belarus, Alexander Lukashenko, is a self-described authoritarian. He recently passed a law that made it illegal for farm laborers to leave their job of their own free will. When asked about the law he said, “yeah, its like serfdom… you cannot quit anymore… don’t expect freedom.”  For real, I can’t make this shit up. Still, he’s the least of our worries.  Here are other, more serious, reasons to be leery of Belarus:

Found In Translation — The name Belarus means white Russian, which seems both racist and alcoholic-y. I don’t want to over generalize but this clearly indicates that all Belarusians are bigoted dipsomaniacs. (Yeah, that’s right, “dipsomaniacs.” It’s the best word ever. Don’t know what it means?  Look it up you lazy asshole. I mean you’re on a computer for Christ sake, it will take you two seconds…… you didn’t do it did you.) 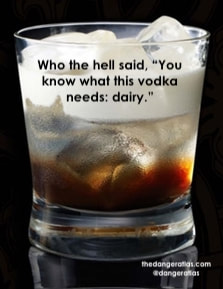 ​Mmmmm, Tree Juice — Kombucha, parsley tinctures, drinking vinegars—what preposterous beverage is next?  Answer: birch water.  And who has birch water? ... the Belarusians of course. They’re bound to exploit the trendy hipster and hippy portions of the U.S. population. Maybe they’ll get them addicted to the tree juice and then lure them over to their side. Soon, everyone that wears t-shirts ironically and voluntarily uses outdated technology will be fighting for Belarus … on second thought that’s probably a net positive for the U.S. 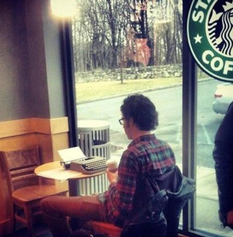 Ramifications of the hipster defection: Sales of Arcade Fire albums will plummet. Mustache wax will stop being sold. Inferior technology like records, typewriters, and fixed gear bikes will return to their rightful place—the garbage. Don’t hate hipsters enough to want them to defect? Check out the above picture of a guy using a typewriter at Starbucks—a goddamn typewriter. One mistake and he has to either start over or find correction tape. Yeah, you read that right, tape for corrections. Ridiculous. God forbid he use a computer where a mistake could be corrected by going through the laborious task of pressing the “delete” key. The fact that this guy exists makes me want to drink a whole bunch of tap water from Flint, Michigan.
​Nickname Thieves — Belarus calls itself the land Of 10,000 lakes. Let me tell you, the balls on these guys.  Unbelievable. Minnesota has dibs on that nickname.  You can’t just come in and steal it you crazy commies. Next you’re gonna tell me that you want to build a giant mall, elect a former wrestler to run your country, and start calling chopped up Snickers and apples in Cool Whip a “salad.”

But for real, Snickers Salad is the greatest thing to come out of Minnesota since Duck, Duck, Grey Duck… No, I didn’t type that wrong. That’s what the game is called.
Squirrely Money — The Belarusians used to have currency with a squirrel on it.  They had to stop printing it because too many people were hording it, or squirreling it away, if you will.  Hahaha, good one Me. 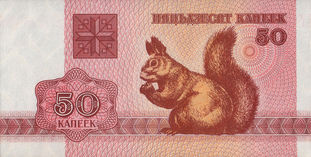 Some Belarusians resorted to burying these fifty dollars bills randomly throughout the yard. (Hurray, another squirrel joke!)
Bucolic? — According to Lonely Planet, Belarus has “bucolic frontiers.”  I’m not entirely sure what “bucolic” means, but I think that it’s a combination of bulimia and colic. As such, one can only assume that babies in Belarus are upset because they’re being forced to throw up their meals by malevolent stage parents. Do you want babies with eating disorders? The Belarusians do. 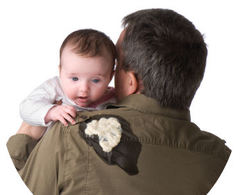 “Do you know how many calories is in that breast milk?” said this Belarusian father to his infant daughter, judgingly.