Djibouti:
​At Least It’s Not Dji-flatass 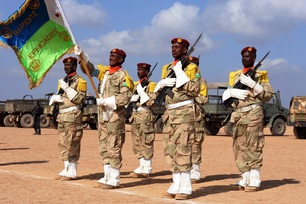 Djiboutians don’t give a shit about conventional norms. Above their soldiers show a wanton disregard for the white-after-labor-day rule. Their audacity knows no bounds.
​Sure, Operation Enduring Freedom is combating the Djibouti pirate problem, but that’s just the tip of the iceberg. Djibouti is dangerous in an array of ways, not just piracy. It’s like we’re fighting Taco-Bell-induced diarrhea by banning Doritos Locos Tacos. Maybe it has a slight impact, but really it’s just driving up the sale of chalupas.

Other reasons to fear Djibouti:

Djibouti’s Capital City is Djibouti — WTF? WTF? You can’t just use the same name over again.  That defeats the entire point of names. The only exception to this rule is George Foreman. I’m totally okay with the fact that he named all five of his sons George Foreman. When you invent a grill that knocks out the fat but not the flavor you can do whatever the hell you want. As far as I know, neither of the Djiboutis have invented such a grill which means their redundant name must be perceived as a threat. 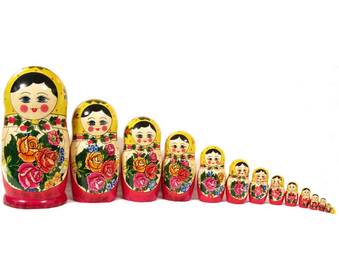 Best guess: the whole Djibouti, Djibouti thing is an elaborate trick, some sort of diabolical Russian-nesting-doll deception. You know, a Djibouti inside a Djibouti inside a Djibouti—oh, by the way, while you were busy unpacking all the Djiboutis we ransacked your country and stole all of your ICBM’s.
​Consecutive Consonants — The Danger Atlas has consistently documented the harrows of putting discordant consonants next to one another (see Iceland). Djibouti is yet another offender—maybe the worst offender. Shit, they kick their name off with a “D” and a “J” back-to-back. No one even knows how to make that sound. What a dick move. Everyone knows that the only time it’s okay to have D and J together is if they are immediately followed by Jazzy Jeff.  God, what a stud that guy is.  I don’t know about you but I’m sick and tired of Will Smith riding his coattails. 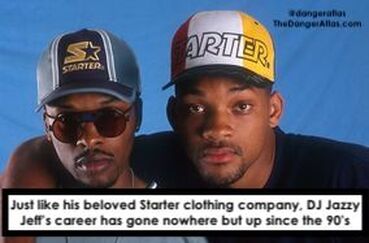 What’s scarier, this whale shark or this terrorist? The former looks like he wants to eat people whole, the latter looks like he wants to smoke another bowl and take a nap. Unless we are concerned about our nation’s supply of Totino’s Pizza Rolls, I consider the wide-mouthed behemoth the bigger threat.
​Home of the Triple Junction — Sure, it sounds like the name of a deliciously horrific fast food sandwich (maybe a McRib on top of a Crunch Wrap on top of a Fillet-o-Fish nestled between two apple pies) but it is in fact a geographic location where three tectonic plates meet. I suspect the Djiboutians have already figured out how to harness this geological quirk and turn it into some sort of heinous seismic weapon. If they haven’t, then I call dibs on turning that idea into a movie. Someone call Dwayne “The Rock” Johnson, see if he’s interested.  Will Smith can be our safety, but then again he’s probably too busy suckling at the teat of DJ Jazzy Jeff. 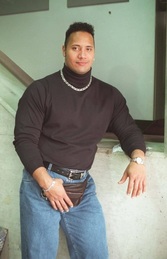 Yeah, I smell what the Rock is cooking. It’s another blockbuster. He’s gonna be loaded down with cash, good thing he has that understated fanny pack to help him carry around all those Benjamins.
​You Bet Your Ass I’m Salty — Within the borders of Djibouti lies Lake Assal, the saltiest lake in the world. A couple of our agents in the field have informed me that the Djiboutians have been sneaking this salt into American’s food.  That’s right, the United States’ hypertension epidemic isn’t our fault, it’s Djibouti’s. 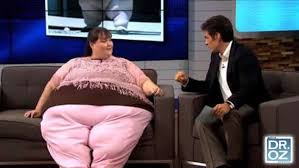 Don’t worry, salt induced bloat isn’t real fat, it’s false fat, Dr. Oz said so. As long as we hydrate and push potassium we’ll shed those pounds right off. Take that Djibouti! Also, take that bitch at the mall that tried to give me a promotional flier to DXL. I’m not fat, just a little bloaty.
​Djibouti is Home to the Gulf of Demons — What, the Bay of Beelzebub was taken? The Sea of Satan was over the line? This moniker is just too goddamn scary. I couldn’t even graduate from Goosebumps to Fear Street. 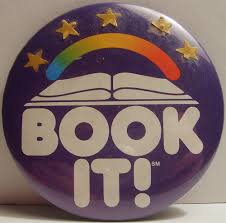 Read Fear Street? Hell no! Not even if they were the last books on the planet and I was one sticker away from finishing my Book It! You can keep your personal pan pizza, it’s not worth the nightmares.