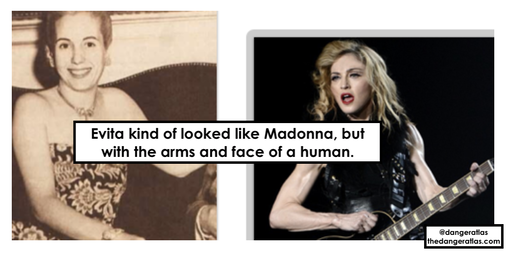 The Brits properly identified Argentina as a serious threat to national security.  That’s why they kicked their ass in the Falklands War.  I suggest we do the same before it’s too late.  Don’t think they’re a legit threat?  You’re wrong.  Here’s why they are: 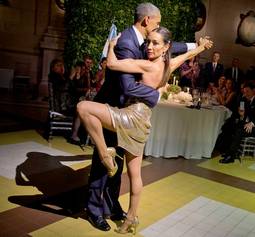 Look at President Obama trying to tango. Not comfortable at all. This does not bode well for the seductive abilities of the United States. And let’s be real, he’s the best we could hope for. No doubt all of our other presidents would have been way worse. That’s not stereotyping the dancing abilities of black men, it’s stereotyping the dancing abilities of white men...okay it's stereotyping both.
​South Pole Supremacy — In 1977 the Argentinean government sent one of their pregnant citizens to Antarctica to give birth. It was a cold-hearted attempt to take over a cold continent.  It didn’t work.  Still, I’m envious of that baby. I mean I wasn’t the first baby to do anything—unless you count pooping in my own mouth.  I managed to do that before I took my first breath. Chalk that one up in the win column! U-S-A, U-S-A, U-S-A! 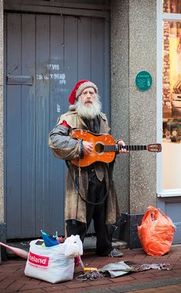 The mother of the Antarctican native claimed that the baby was conceived by Santa Claus. When informed that Santa lives at the North Pole she said, “Oh god, who was that guy?” We now know Antarctica has a homeless population of one.
​Toothpaste Translation Trouble — In Argentinean Spanish the word “Colgate” translates into “go hang yourself.” Needless to say, Argentineans did not respond well to the American multinational company, Colgate-Palmolive, when it attempted to penetrate their oral hygiene market.  They thought it was some sort of act of aggression, like we were trying to decimate their population via assertive toothpaste branding.  They’ve never forgiven us. 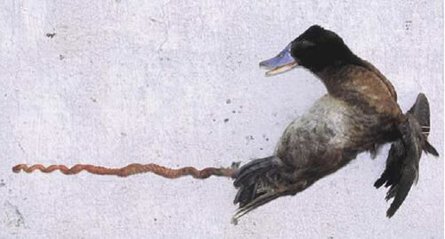 “It’s not the size of the boat; it’s the motion in the ocean…right?... Right!?
​Bachelor's In Demon Banishing -- In Argentina you can get a college degree in exorcism. To quote the girl from The Exorcist, “Fuck me! FUCK me! FUCK ME!!!” By granting this degree, Argentina has rendered all of our demon and ghoul based weapons useless. 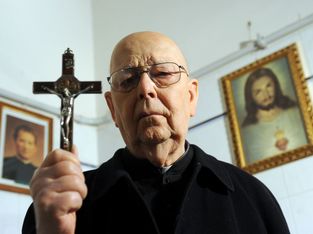 When I told my Dad that I wanted to major in Exorcism and minor in Philosophy, he said, “No problem, I will pay the school in leprechaun gold and unicorn hair.” That’s how I ended up with a degree in Accounting. The classes might have been boring as hell but I’m very employable. Also, I have no student debt and I’m now the proud owner of a Roth IRA and a pre-owned Honda Civic! This exorcism BA pictured above is in much worse financial shape.
​​They're Over Recess But Not Naptime — Siestas are the norm in Argentina. So, basically the entire country has organized naptime like they’re in kindergarten.  This is a threat to America’s supply of orange drink and Nilla wafers.  These are finite resources and the lazy-ass Argentineans are gonna use them all up. 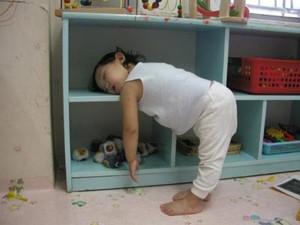