Bolivians see no humor in the “How To Quinoa” Pinterest page.
Bolivia used to be our ally, then American hipsters and foodies started eating quinoa driving up the grain’s price. Now poor Bolivians can’t afford their country’s signature dish, so now Bolivians hate us. Think that sounds silly? Think again. Imagine what would happen if we couldn’t get cheeseburgers. It would be a bloodbath.

Pig Out — In Bolivia guinea pig is considered a delicacy. Have fun explaining that to your 3rd grade daughter.  “No, honey, your teacher didn’t get rid of your class pet, the Bolivians ate him. No, Pancake isn’t in guinea pig heaven, he’s in the stomach of one of our Bolivian conquerors.” She’s gonna be a basket case. 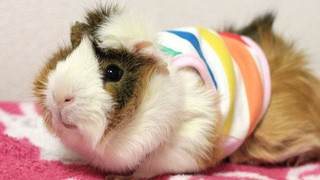 R.I.P Pancake, 2016-2016
​Beating Countries At Their Own Games — Bolivia exports more Brazil nuts than Brazil. So basically they’ve out Brazil-ed Brazil. Terrifying. Based on the improvements that Bolivia is making to their high fructose corn syrup factories, the United States is their next target. 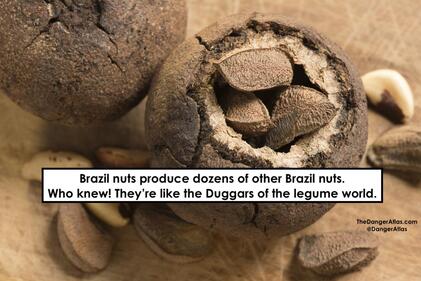 ​Beating Countries At Beating — Every year Bolivians celebrate the Tinku Festival, a three-day community-building tradition in which people get together and beat the shit out of each other. Usually they use their hands but sometimes they use rocks.  I’m gonna go ahead and guess that the 4th of July doesn’t get Americans as combat-ready. Minor sparkler burns and hot dog related indigestion are our most serious injuries. Death is theirs.

As evidenced by these pictures, the 4th prepares American kids for war just as well as the Tinku Festival.
Just Add Water — Bolivia, a landlocked country, has a navy.  Yeah, it seems like they have some plans. You don’t buy a bread-maker unless you plan on making some bread. 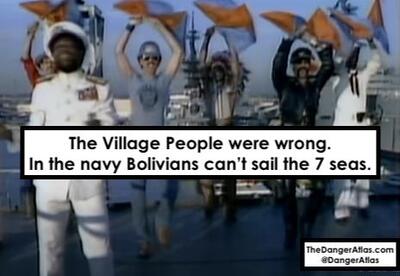 ​Mass Casualties? Bolivians Don’t Mined — A single silver mine in Bolivia has killed upwards of 8 million people over the last 500 years—and it’s still open.  So clearly Bolivians just don’t give a shit about living. I mean silver isn’t even the best metal.  If we get in a war with them, they’ll just throw bodies at bullets. 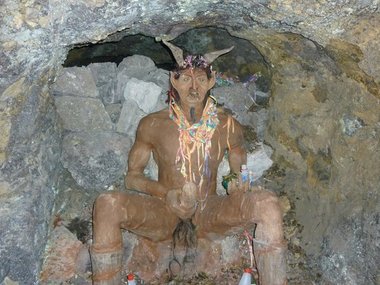 Shrines to God weren’t working for the Bolivian miners so they decided to look down south for some help. Hoping to curry favor they gave their Satan statue a huge dong. Satan is not above flattery.
​Little Will We Know — The average woman in Bolivia is 4’10. If anybody can creep in under our radar, it’s them. 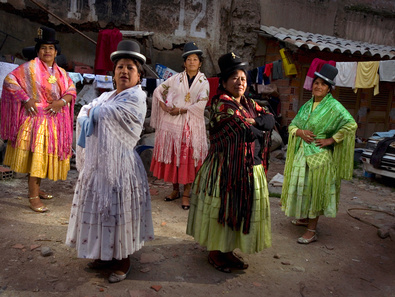