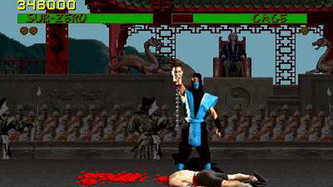 FINLAND WINS
​Finland reached the height of its power in 2000 when every high school kid in America had a Nokia 3310.  Remember how if you were cool and had friends you would swap half of your phone cover with one of them so that your cell was half one color half another? If you didn’t have friends and you weren’t cool, then you just took your monotone navy phone into the locker nook in C pod and played snake while tears of loneliness dripped down onto your greyscale screen… or so I would imagine.  But anyway, that’s beside the point.  What is the point is that Nokia was damn close to taking over the world.  If Apple hadn’t stepped up with the iPhone, then Nokia definitely would have activated the mind control chip that they placed in every 3310 and enslaved the world.  That was a close one. And if we don’t watch out, those cunning Finns will come up with another scheme that is equally circuitous and even more dangerous.

Other reasons to be scared:

Got Super Soldiers? — Finns drink more milk than anyone else, and you can tell. It’s done their bodies good—too good. They’re basically genetically engineered super-soldiers with a very low risk for osteoporosis. 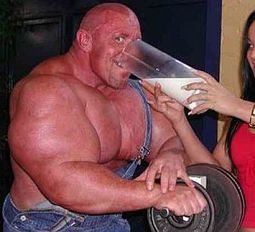 An average Finn being fed an average amount of milk. He’s undone his one overall so that he can breastfeed little Finnish super-soldiers.
You Bet Your Ass Those Birds Are Angry — Birds that can’t fly but need to fly in order to save their children, what kind of sadistic bastards come up with that idea for a game? The Finns, that’s who.  And just think, the Finns decided to be that mean to the animated birds and the animated birds are the good guys in that game. God only knows how horrific they are to their enemies.  When they’re our overlords, they’ll probably infect us with lactose intolerance and then take us to the Hershey Chocolate factory.

Finland is very Piggist. In some areas the piggism has boiled over into actual physical assaults. The above picture was taken in a Helsinki hospital after these pigs informed law enforcement that they had been attacked by some local Finns. No police report was ever filed. The piggism is institutionalized.
​Freedom Isn’t Free, So Don’t Tread On Me — At some point in time, somewhere in Finland, a bunch of Finns passed a Freedom to Roam Law.  This law makes it sound like Finland is trying to out-freedom the United States.  Despicable.  Freedom is our thing, it’s what makes us so star-spangled super.  Quit trying to steal it Finland.  I propose we counter by introducing a Freedom to Freedom Law.  That’ll show those Nordic sons-a-bitches. 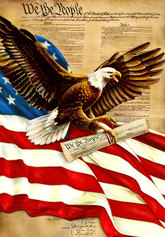 U-S-A! We’re the king of freedom! Wait, can there be a king of freedom? Fuck it, whatever, our forefathers used eagles like Hogwarts students use owls, try and out-freedom that you Finnish fucks.
​Pomp and Circumstance and Weaponry — Upon graduation, Finnish universities give their PhD’s swords. American universities give their PhD’s puffy octagonal hats.  I suspect that our PhDs’ geometric headwear will offer the Finnish PhDs’ blades little resistance.  At least the decapitated heads of the United States’ intellectual elite will be warm… Well, kind of.  Those hats are really just ornamental. 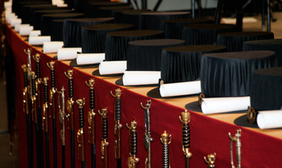 Graduation ceremony for Finnish PhD’s or graduation ceremony for dapper assassins? There is no way of knowing.
​Java Junkies — Finns drink more coffee than anyone else, even more than Lorelei and Rory Gilmore.  I suppose this means that they also talk as fast/faster than the Gilmore Girls.  We won’t understand a goddamn word they’re saying. They’ll be able to plot the United States’ downfall right in front of us and we won’t have a fuckin’ clue.  Also their topical references will go right over our heads because we Americans have very little knowledge of Finland’s cultural zeitgeist. 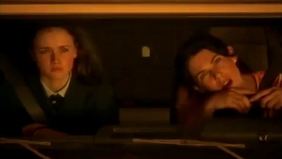 If you’re out on the road, feeling lonely and so cold… don’t turn to the Finns, they’ll let your ass freeze in the ditch.
​Ladling Some Water Onto The Rocks Of Discomfort — Finn’s love saunas; indeed, the country has more saunas than cars.  As someone who doesn’t like sitting close to people when I’m dry and fully clothed, the thought of being ruled by a country filled with people that love sitting close to one another while they’re sweaty and naked terrifies me. 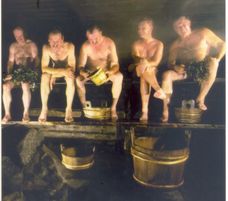 Are these the people you want to be your rulers? Look at them, all relaxed and comfortable in their own bodies. What a nightmare.