Belize:
Taking over the world one high school Biology class at a time 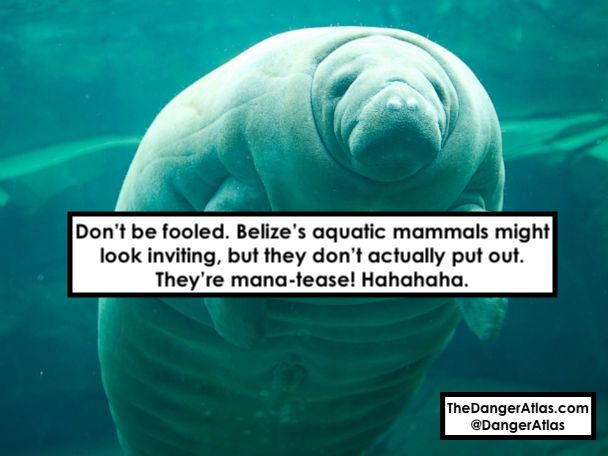 ​In ninth grade the honors Biology class at my high school got to go to Belize. I don’t know what a flagellum is, so I wasn’t invited. When they came back from the trip the students acted all worldly and cultured, neither of which I approved of. I prefer people with narrow world-views that are unrefined; anything else is a threat to America.

Other reasons to be leery of Belize:

Tata Duendes — Like most people Belizeans have a fondness for four-fingered forest goblins with backward feet. Wait. No. I forgot. Four-fingered, backward-footed, forest goblins horrify most people. The fact that Belizeans embrace them with open arms should terrify us all. Who knows what will happen if the Belizeans unleash all their Tata Duendes on the world.  Rumor has it you can escape the goblin if you hide your thumbs, but I don’t think I’ll be able to do that. How would I be able to show my approval on Facebook? 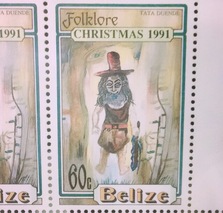 Like sane people, the Belizeans decided to honor their digitally challenged demon with a postage stamp. Having reached the conclusion that the goblin wasn’t scary enough on it’s own they decided to have it drawn by a sociopathic second grader.
​The Great Blue Hole — At first the Belizeans didn’t want anybody entering their Great Blue Hole, but after a while they let a couple of boats play around the edge of it, just a little bit. Then they realized that they kind of liked it. Now they have boats, submarines, scuba divers—all kinds of oblong shaped objects—plunging in there all the time. Some might say they’re allowing too much activity. The Great Blue Hole doesn’t bounce back as quickly as the area to its north. 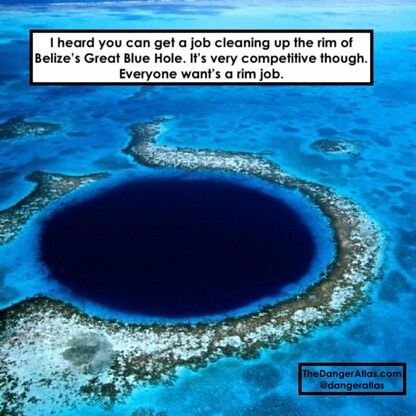 Temples, Temples, Everywhere But Not A Silver Monkey To Complete — There are over nine hundred Mayan temples in Belize and none of them host Legends of the Hidden Temple, which, as we all know, is the only respectable way to use a Mayan temple. Free from the burden of nabbing Purple Parrots and Green Monkeys, the Temple Guards probably just roam the countryside looking for anyone without a Pendant of Life.  I don’t have one of those pendants, do you?  I’m very concerned I’ll be disappeared.

Yeah, Keith, you better put that fuckin’ mouth guard in. Temple Guards give zero shits. That gold helmet might help a little, but you’re probably gonna end up with some CTE.
​No McDonalds, Burger Kings, KFCs or Starbucks.  None.  As In Zero. — Where the hell Belizeans get their food? Do they even need food? Maybe they’ve evolved beyond the need for nourishment. It’s the only reasonable explanation. 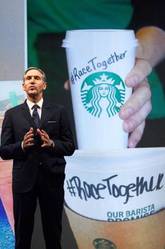 Without Starbucks how do Belizeans know how to feel about social justice issues? #BarristasHaveAllTheAnswers
Ambergris Key: The Key To Our Defeat — Ambergris is a type of whale vomit used in perfumes. The Belizeans have an entire island made out of the stuff. I suspect that they will use it to make a whole bunch of White Diamonds by Elizabeth Taylor. They will then use that stockpile to bribe all American women over sixty-five. American women over sixty-five will then distract the rest of the United States by asking for help with their iPhones. With America distracted, the Belizeans will attack. We won’t stand a chance.

Well, they’re not bringing us luck, Elizabeth, so why don’t you put your stupid earrings back on and figure out a way to stop the power mad Belizeans. Also, record a new goddamn commercial. I’ve seen the same one every Christmas time since forever.