​GEORGIA: Home Of The Peach, Neighbor To Russia, Danger To All 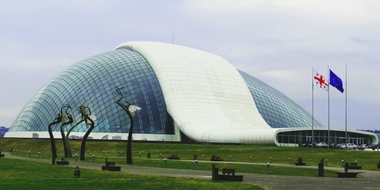 This is Georgia’s capitol building. Designed by native Georgians Wayne Brady, Paula Dean, and Zurab Azmaiparashvili; it is a monstrosity.
​I was a tad confused when C. McGee gave me this assignment.  Georgia?  Why the fuck is Georgia a threat?  I thought, Vermont sure, California, of course, Portland absolutely, but Georgia?  Nah.  I just didn’t see it.  But hey, he’s the boss, so I didn’t question it. I just got to work.  I was roughly halfway done with the assignment when one of my co-workers said something about a border dispute between Georgia and Russia.
“Oh, yeah,” I replied. “Scary stuff.  Obviously, my security report deals with that issue in a thorough fashion.”
“What the fuck is he talking about?” I thought.  “Since when does Russia border Georgia?”
Then I figured it out: President Obama Bin Lyin’ probably sold Alabama to the Soviets.  I always knew he was a communist.
​
Reasons to be wary:
Sex Toys Are Forbidden — Sex toys are against the law in Georgia.  No Adam & Eve stores for them. They all have to get their vibrators—I mean back massagers—from The Sharper Image or Hammacher Schlemmer, like they’re self-conscious housewives. Looking to save on shipping, they probably buy a ton of other shit from those stores as well: bartending robots, hot tub boats, ear hair trimmers, surface-to-air missiles, sarin gas etc. 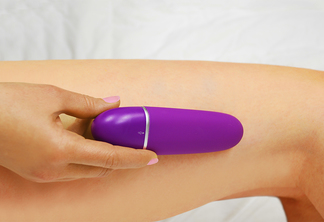 I can’t remember, did I buy this massager for my friend Clint, or is it for someone else? (Did you spot the female genital reference in the previous sentence!? It’s like a Highlights magazine seek-and-find for dirty-minded adults.)
Birthplace of Stalin — Yup, that Stalin. He’s not a Russian, he’s a Georgian.  I always wondered why he was such a big SEC football fan.  Now I know.  I’m fairly certain that he sent Solzhenitsyn to the Gulag because he cheered for Tech.  As an ACC fan this makes me concerned. 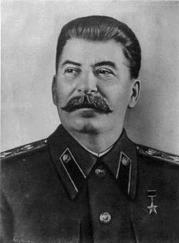 “Death is the solution to all problems. No man - no problem... Go Dawgs!” Quote, Joseph Stalin, 1943
​Home of Homophobia — Georgia does not like people of the same sex bumping uglies.  My main concern here is that if they take over the world they’ll cancel Modern Family.  I don’t know how I feel about guys banging sticks, but I do know how I feel about Sofia Vergara… also the cute blonde one that get’s overlooked because she’s on a show with Sofia Vergara. 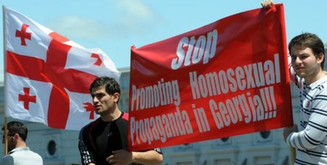 I think that this protest is taking place in Georgia, but I can’t be sure, I don’t see a Chick-fil-A in the background.
​Also, Home of Hogzilla — I was surprised to learn that Hogzilla was from Georgia, especially because I had just learned that homophobia is from Georgia.  I mean if “Hogzilla” doesn’t sound like the name of a gay porno I don’t know what does.  Turns out, it’s actually the name of a 1,000 pound wild boar. I suspect this means that the Georgians are experimenting with genetic mutation, something like the mutts from the Hunger Games.  Goddamn, I wish those things had gotten Peeta.  So he can bake and do makeup, who gives a shit? Gale is the brother of Thor.  Thor, the god of mother-fuckin lightning!  Come-on Katniss, seriously, what were you thinking? 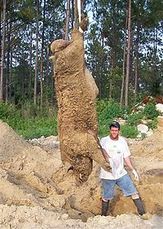 When I look at this picture of Hogzilla one thing comes to mind: Why jean shorts?
​
Terminus The Other Name For Atlanta — Nice try, Georgians. I watch the Walking Dead, I know all about Terminus.  If you’re trying to lure me to my demise you should have named your death-trap/city after a location from a less popular show—maybe something with Craig Ferguson in it or anything on TNT.

You want to watch a post-Snow Dogs Cuba Gooding-Jr. play world-class neurosurgeon/political shill Ben Carson in a TNT original film? Suddenly, Terminus doesn’t sound that bad. I’ve always wondered what I taste like. I’m Irish so probably starchy and alcoholy.
In Georgia It’s Against The Law To Tie Giraffes To Telephone Poles — Of course I found this out after I bought my telephone-pole-mounted giraffe-feeder.  There’s no way Hammacher Schlemmer gives me a refund.  Last time I tried to return something they told me it was too sticky.

All of these are actual Hammacher Schlemmer products. ​I suspect if you purchase any of them you will never get to have sex again. 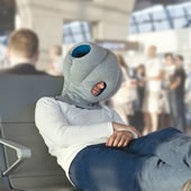 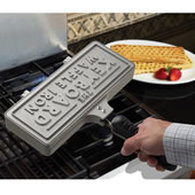 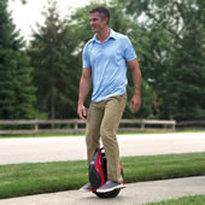 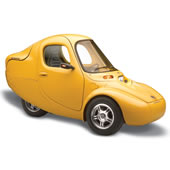 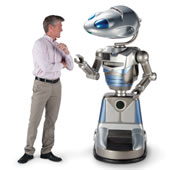