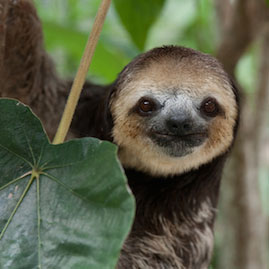 The Frenchguynamenians hunt sloths. How cold blooded is that? If they won't take mercy on the slowest creatures on earth who will they take mercy on? No one. No one is the answer.
​Yes, as of this moment French Guiana, Guyana, and Suriname are all separate countries, but it’s only a matter of time before they combined into one.  Everyone basically thinks of them that way already… if they think of them at all… which they probably don’t… which is a huge mistake.    Leaving this trio to their own devices is a horrible idea.  Indeed, I believe that this inattention is potentially deadly, and, as such, I am here to draw attention to said inattention in the hopes that it will make people start paying attention to how inattentive we are being.  Basically, I want this article to serve as a wake up call/focusing event … the security report equivalent of a venti Americano with a whole bunch of crushed adderall mixed into it.  If this report does not succeed with its stated mission, apocalyptic scenarios will likely unfold.
“FrenchGuyName” A Sinister Portmanteau — I assume that this is the name that the trio will go with once they combine.  It is perhaps the scariest portmanteau I have ever seen.  The French are notoriously untrustworthy, and guy’s names are, historically speaking, far more likely to lead to violence than any other type of name — think about it, every horrific global leader that has ever existed has had a guy’s name: Adolf, Bennito, Mao, Vladimir, The Joker, Hans Gruber, Keyser Söze, the list goes on and on.  So, needless to say, the fact that they would name their new country after the French and after a guy’s name is extremely ominous.  I suppose there is the outside possibility that they will forego the portmanteau and instead just go with a French guy’s name straight up.  Maybe Jacque or Thierry or Gaston.  These names would be just as foreboding. 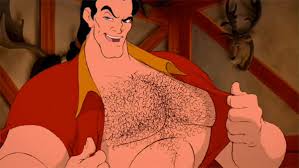 No one hit’s like Frenchguyname, Matches wits like Frenchguyname, In a spitting match nobody spits like Frenchguyname. They’re especially good at expectorating. My what a country that Frenchguyname!
​Cayenne Brings The Heat — The capital of Frenchguyname would probably be Cayenne, a city that has been permeating the world with its shady influence for ages.  They have already taken over a large part of the spicy pepper industry and are currently cornering the luxury SUV crossover market.  What’s next?  Oil? Microprocessors? Plutonium?  Christ, where will it end? 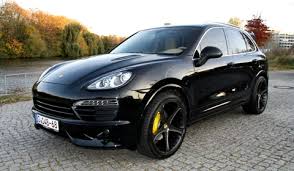 See that yellow thing in the wheel. That’s a proximity mine. The Frenchguynamese put them in all Cayennes. Also, they used to use them when they played Goldeneye, which was basically cheating. Also, they always played as Oddjob, which was further cheating.
​Bad Beverages — The Kool-Aid in Frenchguyname is worse than the water in Flint, Michigan.  Don’t drink it no matter how bad you’re jonesing. 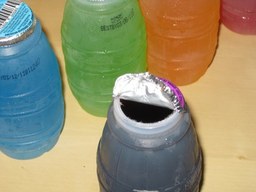 I jimmied off the lid of this barrel of Frenchguynamenian Kool-Aid. Needless to say, I’m not dying to drink it. (Yes this entire section has been puns about the Jonestown massacre—Comedy is tragedy + time. Enough time has passed, I said so.)
​About That Space Race… Yeah, They Already Lapped Us — Frenchguyname already has Europe’s spaceport!  I have no idea how they pulled this off, but the fact that they did terrifies me.  Europe had an entire continent worth of land to build a spaceport on, but somehow the Frenchguynamese convinced them to build it on their land?  What kind of diabolically persuasive capabilities do these people have?  How else will they use their powers?  How long until they colonize Mars?  Can we claim we beat them to the punch since we already sent Matt Damon there? 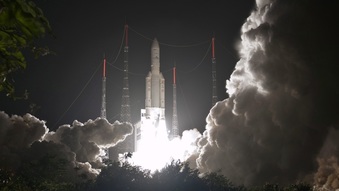 The Frenchguynamenians headed off to colonize Mars. Matt Damon can’t fend them off on his own; maybe with Ben Affleck’s help (The Town Ben Affleck, not Daredevil Ben Affleck).
​Dutch — In the “name” region of Frenchguyname they speak Dutch.  I don’t like this one bit.  I mean who the hell speaks Dutch?  Even the Dutch try and distance themselves from the language.  They call their country The Netherlands or Holland, never Dutchland.  Fat Bastard, which is to say Mike Meyers, which is to say Mike Meyers as Fat Bastard, warned me about the Dutch years ago.  I took his admonition to heart, I can only hope America does the same. 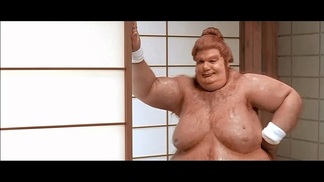 The Frenchguynamese want us to get in their belly. (In case you're wondering whether or not that movie holds up, it does, it totally does.)