Cubans claim that their country is shaped like a crocodile. If by “crocodile” they mean “whale penis” then, yes, I agree with them.
The CIA used to have a plan to invade Cuba.  It was called Operation Castration. (For real! How great is that?) Unfortunately, President Obama, looking to facilitate global peace and cooperation, decided to open up relations with the Caribbean island, thus effectively castrating Operation Castration.  Dear god what a mistake.  A fully testicled Cuba is a dangerous Cuba.

Reasons to be leery:

An Origin Story — When he was in elementary school Fidel Castro wanted to see a $10 bill, so he did the logical thing and wrote away to the President of the United States asking for one. Slightly preoccupied, FDR never sent it to him. I’m fairly certain that this is when U.S.-Cuba relations started to go to shit. 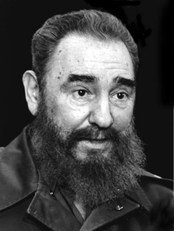 Castro might have the beard of an agoraphobic Amish man but he has the memory of an elephant. He just can’t let the ten-dollar thing go.
​A Healthy Number Of Physicians — Currently, Cuba has a surplus of doctors. Based on my viewing of Grey’s Anatomy, the United States will soon have a shortfall. 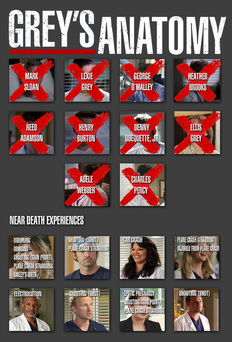 Seattle Grace, more like Seattle Grave. Look at all these dead people.
​Jumpy Jumpy Crocodiles — “Crocodiles are razor-toothed, vice-jawed killing machines.  I have a good idea: let’s teach them how to leap,” said Cuba. Then they made their words reality.  I swear to god, Cuba’s got jumping crocodiles. 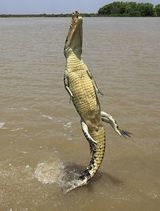 Unlike white men, crocodiles can jump.
​Jacked Up Johnsons — Penis enhancement surgery is free in Cuba. Obviously this is dangerous. If it’s free, every guy’s gonna get it, which means every guy is gonna have a big penis, and guys with big penises are too cocky.

I don’t want to go on and on about their Jacked up Johnsons, but in times like these it would be a crying shame if I didn’t. (Don’t be a hipster snob, Jack Johnson’s music makes people feel good, Elliott Smith can’t say that… Mainly because he stabbed himself in the chest, but also because his music makes you want to stab yourself in the chest.)
​Lackluster Landlords — The United States pays Cuba $4,000 a month in rent for Guantanamo Bay, but Cuba doesn’t cash the checks.  This has completely thrown off our ledger. No wonder Congress can’t balance the budget.  Damn you, Cuba!

Cuba’s fault.
​Hooked On Phonics Worked For Them… All of them, every Cuban.  They have the highest literacy rate in the world.  I don’t want to read too much into this but suddenly the idea of Cuba out smarting us doesn’t seem so novel. 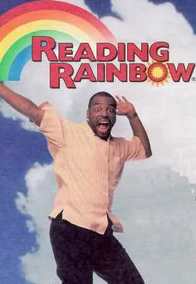 Cubans took a look and it was in a book. Now they can go anywhere and be anything. So basically we’re totally screwed. We should have listened to Levar Burton.