Côte d’Ivoire is home to the Pygmy Hippo, probably the most adorable thing on the planet. If used as an incentive, the pygmy hippo can get anyone to do anything. These guys are more persuasive than water boarding. If we don't stay vigilant we will be their next victim.
​Côte d’Ivoire used to be called “Ivory Coast.” Evidently their original name was too accessible so they changed it to some fancy French nonsense.  I don’t trust people/countries that change their names, especially if they change them from American to French.  That’s just an openly hostile maneuver.  That said I was totally onboard when the U-S-of-A. replaced “French” with “Freedom” for fries and toast.  I like my patriotism bordering on xenophobia.
Pretentious Punctuation — An apostrophe in your name is bad enough, but the Ivorians didn't stop there, they went and added a circonflexe above the “O.”  What a dick move.   At that point they’re just trying to make people feel like assholes.  Shit, I didn’t even know what a circonflexe was prior to writing this report.  I had to look it up.  Turns out it doesn’t even change the way you say the word, it’s just their for decoration, which really means it’s just there to make people feel like dummies.  If the Ivorians are this diabolical when it comes to naming their country than I suspect there is no limit to their malevolence.

Look at the circonflexes above all these vowels, might as well be nicely manicured, middle fingers with three-carat diamonds on them.
They’re Cuckoo For Cocoa — Côte d’Ivoire is the world’s largest producer of cocoa.  Cocoa is the main ingredient in chocolate, and chocolate is the main ingredient in female sanity.  If women do not get chocolate at the appropriate times they will go crazy.  It’s science.  Not feeding ladies chocolate is like feeding a gremlin after midnight, except way worse.  Understanding this actuality leads one to the conclusion that the Ivorians hold the fate of the world in their hands.  Should they decide to cut off the cocoa supply, fifty percent of the world will go off the rails, global chaos will ensue, and human civilization as we know it will cease to exist.  Except in Côte d’Ivoire that is, making them the rulers of the world. 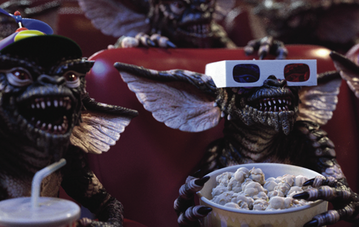 I’m not saying that women without chocolate are like gremlins, I’m saying gremlins are like women without chocolate.
​God Loves Them More — At 323,000 square feet The Basilica of Our Lady of Peace is the largest church in the world.  This is hugely significant because it means that the Ivorians have officially won God over to their side.  Everyone knows that when it comes to churches, houses, and longhorns, God is like a Dallas socialite — the bigger the better. 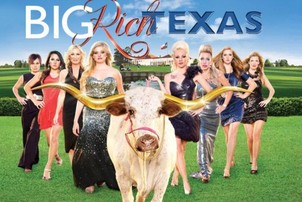 This is the number one reality show behind the pearly gates.
​Sexist Cities — They have a city called “Man.”  Why no city called “Woman.”  That’s some sexism right there, and I’m only okay with sexism when the people that are being sexist share my language and exact religious denomination.  If anybody else does it I take it as a sign of aggression against the United States.

“Man” but no “Woman.” Whoa man! That’s some misogyny right there. (Yes, thats the second Mike Myers reference in three weeks. What can I say, I'm a fan.)
Didier Drogba: Soccer Star/Diplomacy Mastermind — Global soccer star and Côte d’Ivoire native, Didier Drogba, brokered a cease-fire that ended a five year civil war.  Between his soccer and diplomacy skills he might be the most gifted person on the planet. If he focuses his skills on nuclear fusion we’re all effed in the A. 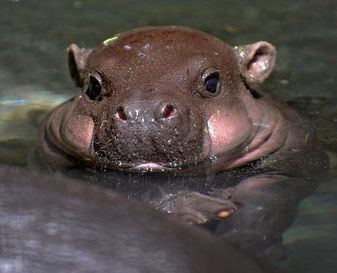 In my head it's wiggling its ears.