​CANADA:
​North of the 49th Parallel Lies Our Greatest Peril

So far Canada has given us Celine Dion and J-Bieb. God only knows what other horrors they plan on sending our way.
Canada is perhaps the greatest threat of all. Look up. They’re right there. Waiting. Why has no one been talking about securing that border? Wall those Dudley Do-Rights out. If we don’t, we will pay a grave price.  For starters, all of our questions will have to end with a confirmation (eh?) and Canadian bacon will just become bacon.

Reasons to be wary:
Some Of Their McDonalds Have McLobsters — McXcuse me?  Are you serious Canada? You pompous assholes are trying to class up McDonalds? Unacceptable. I’d rather die than let some swanky Canadian fast-food worker serve me pretentiousness on a bun. I like my fast food like I like my women—greasy and offensive to my senses. 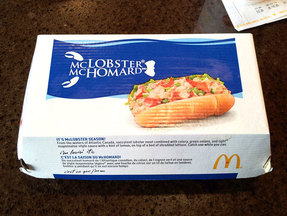 Just when I thought the McLobster couldn’t get any worse, I found out that its container is labeled in two languages. Despicable. All labels should be in American and only American. You disagree? The wall just got 10 feet taller.
They Have Polar Bear Prisons— Why only polar bear prisons? Is it because they’re white? Bear racists. 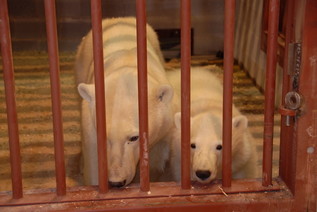 These polar bears got eight years. Grizzly bears that committed the exact same crime got house arrest. This is just one example of Canada’s “justice” system at work.
Pretty, Boxing Politicians — Canada’s Prime Minister boxes, plus he’s good looking.  I don’t think any of our presidential candidates can box. I know none of them are good looking. Advantage Canada.

Their head of state looks like a college hockey player. Last election we had to choose between an anthropomorphic bullfrog and a deranged jack-in-the-box.
​Hockey: Boxing On Ice — At some point in time Canadians said, “ya know boxing just isn’t dangerous enough, we should put it on ice, eh?” When critics protested saying it was too perilous, Canadians said, “fuck you, we’ll give ‘em sticks too.” 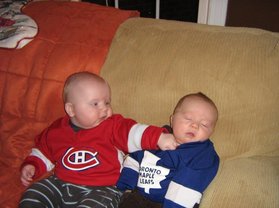 Canadian hockey-babies exchanging blows. I think the one on the right is knocked out. He should be tested for chronic traumatic encephalopathy, but he won’t be because Canadians have a wanton disregard for the cognitive health of infants. Sickos.
​Poutine — Yes, it sounds like a derogatory term for a vagina. It is, in fact, a Canadian delicacy—French fries and cheese curds smothered in gravy. Actually, now that I’m looking at the ingredients it could still be used as a derogatory term for vagina. You see how crass Canadian’s are? Their vulgarity knows no bounds. 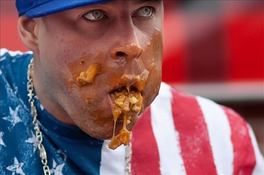 This is what happens when Americans eat poutine. I think he’s turning into a werewolf.
Canada Is The Most Educated Country in the World — Edukation is overeighted. I ain’t gone too collage and Im grate. Those canucks with there book learnin can’t B trusted.

A Canadian came up with the light bulb, the actual symbol for coming up with ideas. What have we come up with? The snuggie? Not as good.
SNAKES! — Indiana Jones and I don’t agree on much, but we do agree on snakes. They’re horrific monsters that should be obliterated from the world. Did we learn nothing from Eve? That naive dummy trusted a snake and what happened as a result? She got kicked out of paradise and made it so women have to jettison the lining of their uteruses out their hoo-haws once a month. Terrible. The fact that Canadians embrace these slithering monsters (they have a park devoted to their breeding) is clear evidence of the country’s diabolicalness. 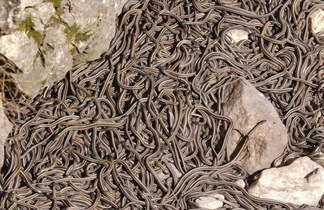 Hell No!
​They Eat More Kraft Mac and Cheese Than We Do— Highly processed food is our thing, quit trying to steal it from us. We consider that an act of aggression. 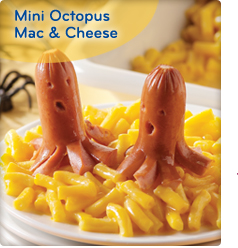 No, Canada, you don’t cutesy up your mac and cheese and hot dogs by turning the hot dogs into adorable octopi. You cut those hot dogs up, mash them into the yellow goop, and then shovel the mixture down your kids’ gullets.