Gibraltar:
Do You Smell What The Rock is Cooking?...
​It’s Probably Sarin Gas 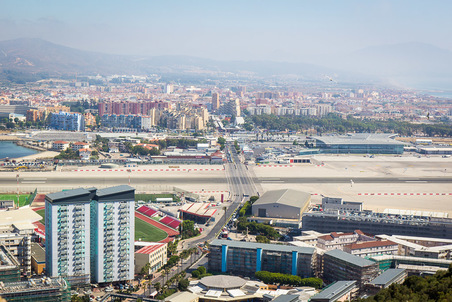 Gibraltar said, "Major road, airport runway, whatever, lets just combined them. It'll be fine." When they take over the world your commute is going to go straight to shit.
​Gibraltar pronounces the middle of their name “brawl” even though it’s spelled “bral;” if that isn’t aggressive, I don’t know what is.

Other reasons to be leery:

I’m A-maze-d We Allowed This! -- Gibraltar is only 2.625 square miles in size, yet they’ve managed to create 31 miles of siege tunnels.  The country is just one big labyrinth of doom. Enemies go in but they don’t come out.  On the plus side, the people that get trapped in there no longer have to deal with Jareth The Goblin King; he’s dead.

David Bowie might be dead, but the outline of his penis lives on in the horrified minds of every 80’s child.
​If It Had Been Stifler, We Would’ve Made Gibraltar Look Like Dresden — When American heartthrob, global film sensation, and star of the American Pie tetralogy, Jason Biggs, visited Gibraltar, he got attacked by one of the country’s trademark macaques.  That’s basically one national symbol attacking another national symbol.  Such an act of aggression can’t stand.  We must fight back.  For Jason! 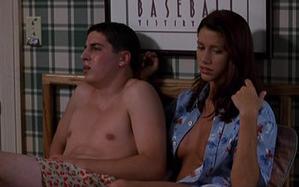 Remember a time before the Internet, when you had to pause the DVD at just the right moment in order to check out the goods? Nadia was there for you. And remember when it all ended way too quickly and you were embarrassed of yourself? Jim was there to remind you that you were not alone. It’s time for us to be there for him.
​Imagine There’s No Yoko, It’s Easy If You Try — John And Yoko got married in Gibraltar… so Gibraltar broke up The Beatles.  That’s absolutely an act of terror. 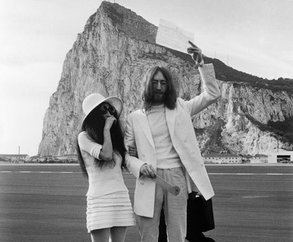 Hey John, don’t make it bad, you know she’s all wrong, and makes things worse. Remember, don’t let her into your heart, cause then she will start to break up the fucking Beatles.
​Greed Isn’t Good… It’s Great! — Recently the Gibraltar government passed legislation that provides massive tax breaks for hedge fund managers.  At last, a country unapologetically standing up for the big guy. I’ve been telling the U.S. to do this for years. Now we’re way behind. 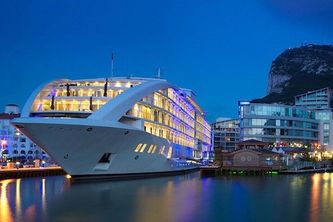 One of Gibraltar’s many understated yachts. Keepin’ it classy!
​Bay-leful — Gibraltar is known as “The Rock.” This suggests that they have ties to Michael Bay.  This is reason enough to drop some bombs. 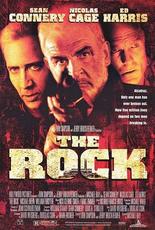 Yes, The Rock, is Bay’s only acceptable film, but don’t be fooled, it’s still a Michael Bay film. Any association to Bay is too much association to Bay.
Answer Rog and Davo! — Repeatedly the Men In Blazers have asked to play a friendly against the Gibraltar National Team, and repeatedly Gibraltar has ignored them. Clearly they’re baldists. And to that I say bald-erdash! Such bald-faced prejudice cannot stand! 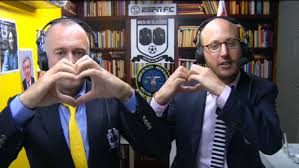