Chile:
Hoping that length is more important than girth since 1818 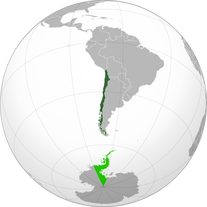 A map revealing Chile's many conquests.
Chile already took over part of Antarctica and no one stopped them.  What’s next: Ohio? Once they get passed Cleveland, we’ll have to put an end to their aggression.

Other reasons to be scared:
Chile Is Shaped Like A Dementor’s Finger — If I learned anything from the train scene in HP3, it’s that Dementor’s fingers are not good things. They’re crazy ugly and they make the room cold. I don’t like the cold and neither do most Americans.  This is probably Chile’s plan—to make us chilly. Unscrupulous bastards. 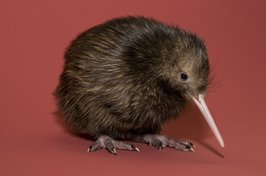 If Chile decides to adopt an aggressive foreign policy we’re screwed. I know I can’t produce a worthwhile patronus charm. Even when I get it right it comes out as a kiwi bird. Is there anything less frightening than a kiwi bird? The correct answer is no.
They Have Patagonia (aka Pata-gucci) — This is their long-term approach to global domination. Slowly take over the world by tricking people into paying too much for outdoor apparel. 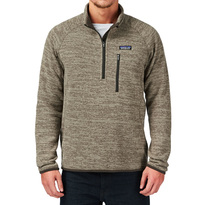 $140 for a fleece quarter-zip!? Hell no I’m not paying for that!... But it does look good on me… And it’s comfortable… And it’s made well, so you know it will last… I mean really, I’m gonna have it for years, so it’s more like an investment. It will probably save me money in the long run.
​No Easter On The Island — Chile own’s Easter Island, the most deceptively named island of all. When I went there on vacation I spent the entire time searching for eggs. I didn’t find a goddamn thing.

The success of this chicanery is probably giving all the Chileans big-heads (hahaha, big heads, classic).
​Truffula Trouble — Chile has Dr. Seuss's truffula trees. As we all know, Dr. Seuss was a diabolical underground arms dealer.  Don’t believe me? Have you read the Butter Battle Book? It’s nothing but a litany of terrifying WMD’s: the Tough-Tufted Prickly Snick-Berry Switch, the Eight-Nozzled Elephant-Toted Boom Blitz, the Bitsy Big-Boy Boomeroo. I mean if Chile has truffula trees why not these horrific weapons?
Home to Valparaiso — Valparaiso busted my March Madness bracket in 1998. I haven’t trusted them since. 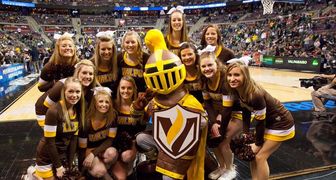 Cheerleaders for the famous Chilean College Basketball team Valpo. It is unclear as to why they went with poop as the color palette for their uniforms.