ITALY: KNOWN IN CUPERTINO AS iTALY 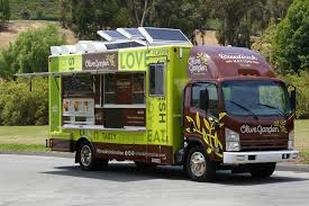 Pastachetti. Soffatelli. Olive Garden is the quintessence of authentic Italian food. And now they’ve mobilized it. They are literally bringing Italy to you.
​The other day at Olive Garden I ate soup, salad, and breadsticks until I threw up. It was disgusting. And whom do I blame for this gluttonous display? Olive Garden of course. They should have cut me off. And whom do I blame for Olive Garden? Italy obviously. Olive Garden is the epicenter of Italian culinary culture; basically like Taco Bell is to Mexico, PF Changs is to China, and Boston Market is to Boston. It’s time we watch out. I think Olive Garden’s attack on me was Italy’s first attack on the United States… maybe they fought against us sometime in the past, but I don’t think it was anything too serious.

Other Reasons To Be Scared:

JK’s jk — Italy’s Sardinian Islands have a massive witch population. This is bad. I know what all you young whippersnappers are thinking, “Witches aren’t bad.” Well let me tell you something you sweet sweet dummies, you’re wrong. Witches are bad. Super fucking bad. JK Rowling has lulled you all into a false sense of security with her cutely named spells and magical boarding schools that sound like medieval venereal diseases. If you turn your back on a witch she will cut you from stem to stern without batting an eye. And just think, Italy has a whole island of these evil biddies. We’re totally effed.

Seriously, Hogwarts? Durmstrang? I definitely heard those mentioned in health class. Does my acceptance letter say that I should get a shot of penicillin along with my wand and spellbooks?
​Capitalism and Shit — Italian artist Piero Manzoni sold cans of his own shit for 100,000 dollars each. When I tried to sell cans of my shit Fiverr suspended my account.
Dog Toy Decoy — In the hills surrounding Genoa resides a gigantic stuffed pink bunny. They say it’s art but I’ve seen art and that’s not it. I suspect that it’s there to distract all of our dogs, just a massive chew toy. Without our K-9 friends we’ll be screwed—forced to pick up all the food we drop, made to comfort ourselves during thunderstorms, and relegated to licking the salt off of our own feet after we workout. I don’t know about you but that’s not an America I want to live in. 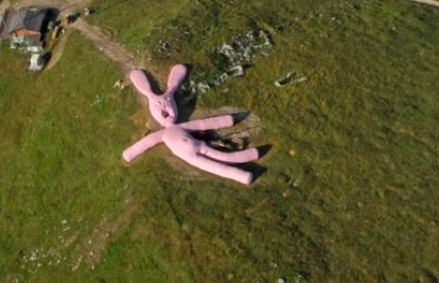 No, the Dominoes Noid did not jump to its death, that’s a pink rabbit, I promise. (You forgot about the Noid didn’t you. Guess who didn’t forget—this guy. Six-year-old me was so pissed when a normal man in a blue and red polo delivered the pizza. “Where’s the goddamn Noid?” I thought. I’m still bitter.)
PoPo in Lambo’s — The Italian Police have Lamborghini police cars… Well only a couple, but still, anything that’s not a Crown Vic is an assault on justice. 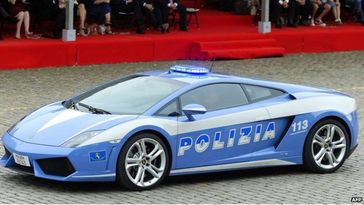 How can someone driving a Lamborghini hand out a speeding ticket? That’s like PETA handing out steak. (I honestly have no idea if that analogy works.)
Train Is To Tunnel As Penis Is To…  Italy is home to the longest tunnel in the world. I feel like Freud would have something to say about this. 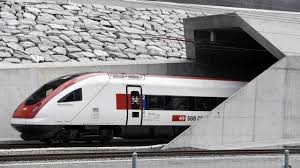 “This is evidence that Italians are big pussies.” -Freud Don’t yell at me, Freud said it… Although their Men’s National Soccer Team does serve to support Freud’s conclusion.
No Empty Nests — Many single Italians live at home until their 30’s. This means that many Italians are failures. Ominous. People with nothing to lose are the most dangerous. 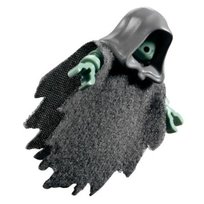 The Japanese have a name for 30-somethings that live at home: “Parasitic Singles.” Yup, that’s right, they’re parasites, and you know what parasites do? Sponge off others’ life forces like dementors. So, basically, Italy has a buttload of dementors. (P.S. Of course I chose the Lego dementor. It is the greatest of all dementors.)