NEW ZEALAND:
ZEALOUS ZEALOTS THAT WILL ZAP US WITH ZEAL

What the fuck happened to Old Zealand? The truth is, no one knows.  Why does no one know? Because New Zealand wants it that way.  They’re that powerful.  If the U.S. doesn’t start paying attention we will be next.  Oh yes, we will be next.

Reasons we should be leery:

The Silver Fern Portends Doom — One of New Zealand’s main national symbols is the silver fern.  What a menacing choice.  Everyone knows ferns are among the least trustworthy foliage.  Vascular plants, they reproduce with spores rather than seeds or flowers.  Despicable.  It’s like seeds and flowers are beneath them.  Pretentious assholes.  Also, why the silver fern?  Why not bronze or gold?  I think this is a subtle message.  An effort to remind themselves that they are currently not the best and that they cannot stop until they are the best.  And who is currently the best?  The U.S. obviously, which means we’re their next target.  Beware. 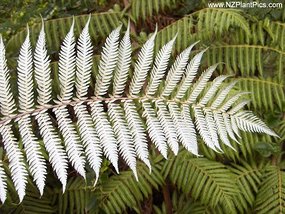 A silver fern! Christ, they might as well have chosen a hammer and sickle. Both symbols are equally hostile toward the U.S.
​Weighing In On New Zealand’s Obesity Epidemic — The United States is the global leader in corpulence.  We created the KFC Double Down, the Sonic Pineapple Upside Down Master Blast, and the Steak ‘n Shake 7x7.  No one deserves the mantle of fatty supreme more than us.  The fact that New Zealand would even try is a horrible affront to our national dignity.  Clearly this is an effort to open up hostilities. 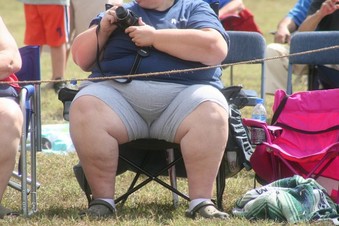 Americans are supposed to be the ones pushing lawn chairs to their load-bearing limits.
​Rugby Is To Football as Scar Was To Mufasa— Rugby is like football but worse because we didn’t invent it.  Somehow the rest of the world doesn’t see how inferior the sport is (rugby is played in more countries and watched by more total people).  I suspect New Zealand is behind this.  They’re good at rugby and shitty at football, so they use clandestine means to promote the former and denigrate the latter.  I am fairly certain that they are behind that anti-NFL propaganda film starring Will Smith.  I am definitely certain that they are the ones trying to outlaw DraftKings and FanDuel.  They will stop at nothing. 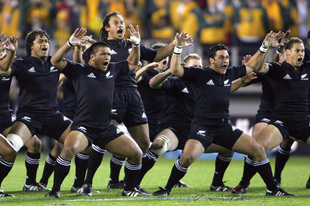 Evidently Rugby has a dancing component. This seems effeminate. I like my sports patriarchal and hederonormative.
​They Have Sauron — That’s right, the Dark Lord of Mordor is from New Zealand— the southern island I think.  Although there is no evidence in any of JK Rowling’s books, I also suspect that Lord Voldemort had some Kiwi in him.  Unfortunately, he-who-must-not-be-named never took an ancestry.com DNA test before Harry killed him with the ole’ expelliarmus, so we can’t be certain. 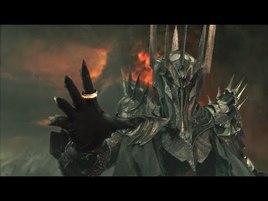