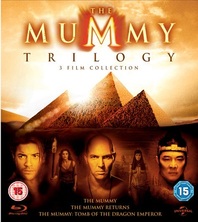 Egypt already ruined Brendan Fraser. We’re next.
Sure the CIA and FBI monitor Egyptian links to Al Qaeda and ISIS, but there are far more serious Egypt-related threats that our intelligence agencies willfully ignore.  I don’t know what their deal is.  Maybe they’re in de-Nile.

Here are a few of the many threats that are not being addressed:

Egypt Hates Helping — The Egyptian government has created one of the most successful anti-AIDS programs in the world.  Frankly, I’m not sure why Egypt is all braggadocios about this.  I’m pro-aid in all its forms: emergency food supplies, clean water, medical assistance.  I mean who isn’t?  The fact that the Egyptian government actively fights against aids strikes me as diabolical at best.  Next you’re going to tell me that they’re anti-Basset-Hound-Puppy, or pro-Lemon-Based-Eye-Drops. 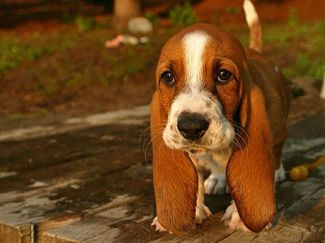 Egyptians hate this puppy.
​Yes It Is — Egyptians invented 365-day-years as well as clocks.  Time is literally on their side.

Quit laughing, Mick, you naïve son of a bitch, time is on the Egyptians’ side.
Africa’s Only Subway — The continent’s only Subway is in Cairo.  This probably means that Cairo is the only place in Africa that Jared has been.  Who knows what he got up to while he was there.  I’m gonna go ahead and say nothing good.  This makes me suspicious of the whole country. 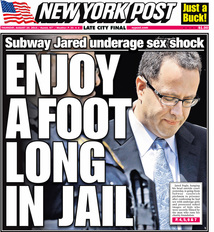 Don’t get crazy, NY Post. The six-inch is the norm. Most people find it plenty filling… Right?
Pyramids — Egypt invented pyramids.  I assume that this means they also invented schemes.  Ominous. 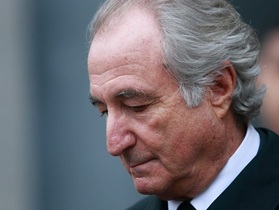 You can’t spell Bernie Madoff without an “E” … as in E-gypt. Coincidence? I think not.
A Sting Operation — Back in the day Egypt was ruled by a Pharaoh named Pepi.  He served as leader of the country for ninety-four years making him the longest ruling monarch in history.  Most people attribute his long life to the fact that he never got bitten by bugs.  How did he manage such a feat in the days before insect repellant you ask? By being warm, kind, and charitable, obviously.  Nah, just kidding, he covered his servants in honey head to toe so all the bugs would be drawn to them.  I fear when the Egyptians take over the world they will do the same to us.  Now that would be a sticky situation. Hahahaha.  The world would be all a buzz about their bee-stly bee-havior. Hahahaha.  Why aren’t you laughing at these jokes?  Did I bumble their delivery? 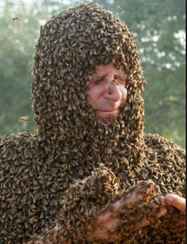 Oh Christ, I think he has to sneeze.
Plan C — Ancient Egyptians invented birth control… kind of. They used to have ladies shove a combination of mud, honey, and crococile poop up their hoo-haws before do-dips so that they wouldn’t get pregnant. I consider this a threat because it’s still light years ahead of the sex-ed info given to Mississippi high school students.  Also, as an interesting aside, our abortion laws are based on theirs, which were established in the landmark case Pharaoh v. Wade.